Working in the construction industry is a highly stressful job with long and demanding work hours, working away from home for weeks at a time, and not to mention the heavy workloads. Most vulnerable construction workers are young men in low skilled trades, unfortunately, due to the stigma around mental health and depression, many individuals have held back from seeking any form of help or talking to colleagues about it.

We know what it feels like to be stressed and being under pressure is a normal part of life according to the Mental Health Foundation around 74% of UK adults have felt so stressed that we felt unable to cope. Becoming overwhelmed by stress can lead to mental health problems or make existing problems worse. On Stress Awareness Day, Britmet is highlighting the ways that stress can affect people and what you can do to manage your stress before it becomes a problem.

According to the World Health Organisation ‘a healthy workplace is one where employees and managers work together to protect and promote their health, safety and wellbeing and sustainability of a business.' Employers have a clear duty toward their employee’s mental health and whilst employers cannot relieve their stress, they can focus on improving working conditions and providing access to health and safety resources.

We have compiled a list for organisations and individuals on how to deal with mental health within the workplace.

Warning signs that someone might be going through mental health issues

Typically, the stereotypical view of construction workers is that they are tough as the materials they work with, that they are the easy-going types that are immune to any feeling of fear and anxieties through life. However, recognising the warning signs of mental health issues is extremely important to help encourage individuals to seek the right help.

These symptoms are not always obvious but, there are always some common signs to look out for.

1. Uncharacteristic behaviour: You may notice that your work colleague doesn’t seem like their usual selves, for instance, they might start turning up late, acting aggressively or being unusually quiet.
2. The decline in productivity: Individuals who are experiencing poor mental health can appear distracted.
3. Withdrawal from social situations: Individuals may start to withdraw themselves and isolate themselves from colleagues.
4. Increased absence: Noticing an individual is taking regular/short-absences for ongoing problems could indicate that they are dealing with underlying mental health issues.

Men who are working in construction and produced jobs account for nearly half of all male deaths by suicide in the period 2008 – 2012. A new report by the CIF Construction Industry federation suggests that 1,039 men from the construction or production background died by suicide. Roofing contractors are being urged to get involved with the ‘Big Brew’, a national campaign tackling the mental health crisis in the construction sector. The construction charity, Band of Builders, which established the Big Brew, organises a range of events on construction sites and at builder’s merchants to encourage the industry to discuss mental health issues and break the stigma.

As part of the campaign, Big Brew encourages tradespeople to remember their well being and support one another using the acronym ‘STATS’.

You can visit The Big Brew website and find out some more information about this wonderful charity that is tackling and normalising mental health in the construction industry - https://www.bandofbuilders.org/get-involved/the-big-brew/.

It’s fair to say the construction industry - particularly the roofing sector - is not for the faint-hearted, but there is always help available, so never be afraid to reach out and remember that there is always someone there to listen to you, your life matters!

We thought we’d use this opportunity to share some useful resources focused on improving mental health in the construction industry.

Campaign Against Living Miserably (CALM) – CALM is a leading movement for men struggling with depression and suicide for men.

Visit the webchat page: https://www.thecalmzone.net/help/webchat/ (5 pm to midnight every day.)

Papyrus – Papyrus is a national charity dedicated to the prevention of young suicide for people under 35.

Mind Info Line - Provide information on a range of topics including: 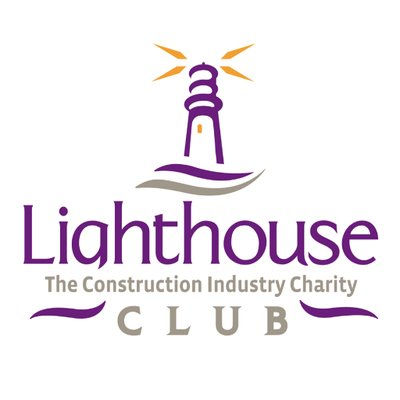